Theme of the 11th edition of the Patchlab Festival 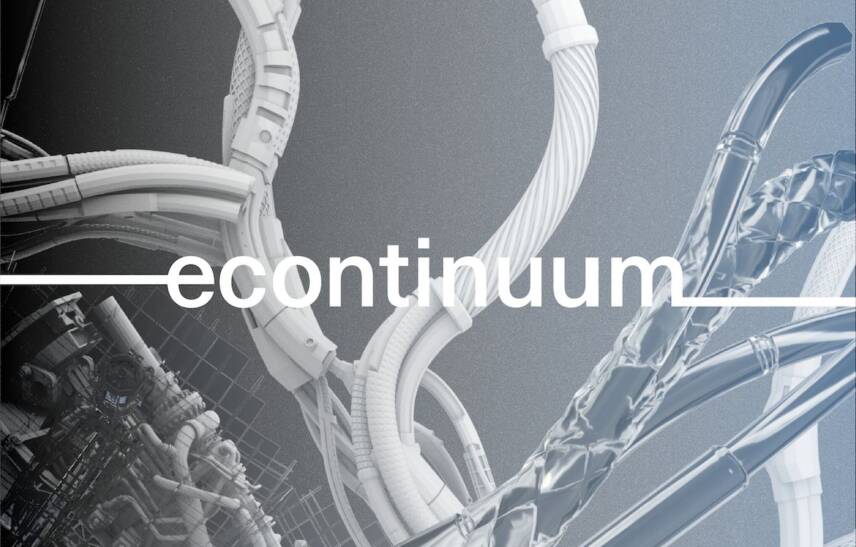 The eleventh edition of the Patchlab Festival focuses on the role of technology and digital art in raising environmental awareness and possible changes in relations with nature. We will take a close look at methodologies and ideas as well as speculative projects, and those referring to the symbiocene postulate, meaning a new era in which nature and technology do not fight each other, and people think of themselves as an integral part of the environment and work for its well-being.

The title _econtinuum refers to the relationship between new technologies (“e-” like electronics) and nature (“eco-” is for ecology), with an emphasis on the future (continuum, that is, the continuation of our coexistence).

Today, new technologies are very often used to rule over nature and use as much of the natural resources of our planet as possible. Also the digital modernity, data stored in the cloud, are not indifferent to the environment. Any digital activity requires an energy-intensive infrastructure that generates a huge environmental footprint.

However, digital devices can and should also work for the well-being of the planet – restoring the balance of the natural environment which we live in. Thinking about the future, let’s think about the consequences of our actions and look for solutions that are good not only for us, but also for other species and the planet. During the _econtinuum edition, we want to show that looking at technology through the prism of digital art gives us a chance to redefine our relationship with the planet.

During the four days of the festival, we will look at the role that culture and art can play in raising awareness of the climate catastrophe and enhancing sensitivity to the environment. We will get to know more about the ideas and visions of artists who show the scale of the problem, but also build the foundations for positive thinking about the future.

Two exhibitions will present, among others, the e-SEED installation by Brazilian artist and researcher Ivan Henriques, in which electricity generated from synthetic photosynthesis supports plant growth. The video installation Floralia by Canadian artist Sabrina Ratté, presents a futuristic vision of an extinct kingdom of plants that only exist as digital models in a virtual archive. In the speculative work Models For Environmental Literacy by Tivon Rice, we will hear about the saying about the environment that artificial intelligence has trained on various texts, ranging from sci-fi and eco-philosophy, to current international reports on climate change. The installation Aquatocene. In search of underwater peace created by the award-winning researcher of underwater acoustic landscapes, Robertina Šebjanič will let us dive into the reality of the sea depths, where the natural environment is disturbed by human-generated noise, which makes it difficult to communicate for inhabitants of the oceans. The French creators, Adrien M and Claire B in the Acqua Alta project will tell in a poetic way about the catastrophe associated with severe atmospheric conditions using the technology of augmented reality. Frederik De Wilde in the Hyperminer_Extracted Earth takes us into the speculative study of hyperextraction of valuable natural resources with the use of advanced methods of hyperspectral imagery and artificial intelligence.

As part of the exhibition entitled Immersive Garden, located in one of the post-hospital buildings at Kopernika 15, there will be an occasion to experience the interactive kinetic installation Light Wing II by Uwe Rieger & Yinan Liu from New Zealand. Its ephemeral structure, creating holographic artefacts, responds to touch like a spider’s web. In the Hypha VR experience by artist Natalia Cabrera from Chile, we will look at the world from the perspective of Stephanopus Azureus mushrooms, whose role is to cleanse the Earth from the disastrous effects of human activity. The Wrocław-based IP Group collective will present the LUMEN cognitive light experiment, which, by questioning the existing spatial rules, provides a series of perceptual illusions.

During the discussion panels, we will learn about the alternatives to the climate catastrophe offered by artists, designers, visionaries and experts from all over the world. Irini Papadimitriou, the artistic director of the British organisation FutureEverything, which has been operating at the convergence of art, technology and society for almost thirty years, will provide a series of online talks and presentations. Artists, designers, researchers will share creative and innovative practices and methodologies that challenge and move beyond existing power structures, and fixed ways of thinking, stimulate long-term thinking. Among the invited guests there are Jay Springett – hybrid theorist and strategist, associated with the Solarpunk movement and Jakob Kudsk Steensen, Danish artist creating works based on deep cooperation with field biologists.

In the screening program we will show – in cooperation with our partner Barcelona based MIRA Festival – a special selection of films about post-nature. There will also be animations awarded at the Ars Electronica in Linz.

During the evening programs we will present you several live audiovisual concerts. One of the highlights will be the Canadian artist, Martin Messier who will perform his spectacular performance Field, that is inspired by the phenomenon of the natural electromagnetic fields, and the French artist, Franck Vigroux in a duet with Kurt d’Haeseleer with an audiovisual concert entitled The Island, based on the history of islands and valleys that are to be flooded by the construction of water dams.

Live audiovisual concerts with 360° visualisations on 10 projectors will be held at Galeria 360° / Hevre+1. In this immersive space well-known for the public of Patchlab will perform among others the Spanish artist, Iury Lech Polanski with his premiering audiovisual project Lux Spectris, the French duo TS/CN, and Vartan Markarian from Ukraine and Tidiane Cacique from Germany with a post-apocalyptic performance entitled Dark Planet. Warsaw ambient producer Botanica will perform live accompanied by the Ukrainian visual artist Svitlana Reinish, who will create visual landscapes in 360° format.

Be the change you expect. In order not to be groundless – we start with ourselves. We implement solutions that reduce the environmental footprint of the technologies we use every day. We minimise the energy consumption and CO2 emissions of the festival website and choose monochromatic prints. Among the guests of the panels hosted by Agnieszka Obszańska, there will be experts and artists talking about the environmental impact of NFT and cryptocurrencies and founder of the Institute of Digital Ecology, Joanna Murzyn, will present simple solutions for reducing the carbon footprint. She will also conduct workshops on ecological and ethical tools on the web.

We do not forget about the ongoing war in Ukraine. We support Ukrainian artists by presenting their works during the festival. More information about the events can be found in the program section.

Let’s activate our imagination and act together for a better future!